← more from
Transcending Obscurity Records
Get fresh music recommendations delivered to your inbox every Friday.
We've updated our Terms of Use. You can review the changes here. 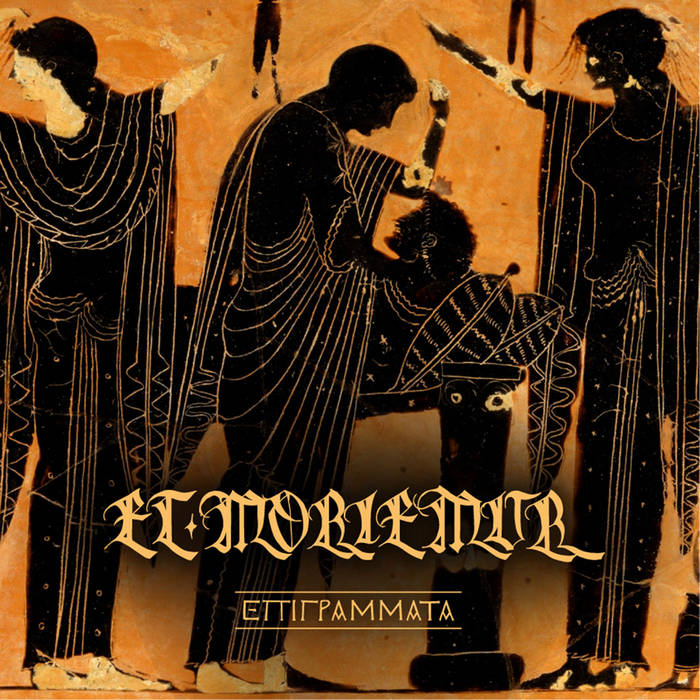 starvynth "Epigrammata is an otherworldly selection of divine poems inscribed on the tombstones of our loved ones; a testament of our pain for their absence but also an expression of enormous gratitude for their past existence with us. Do not miss out on this transcending experience."

riffzfordayz After listening to the first two tracks this album already has me hooked. Never have I ever heard a combination of genre's that pair so well together. Supreme. Favorite track: Requiem Aeternam.

Oh man, this is beautiful death-doom!! Tamashi No Yama will hopefully live up to this album, or be better. Long live Et Moriemur!!
more...

Et Moriemur are doing things in an exceptional way for their upcoming full length titled 'Epigrammata'. Delving into the rich European history, imbibing Gregorian chanting and using Latin and ancient Greek to convey their message, the Czech supergroup of sorts with members of bands such as Dissolving of Prodigy, Self-Hatred and Silent Stream of Godless Elegy, have assembled a host of musicians playing cello, violin, trombone among others and have even employed services of a choir to take their expression to another level. They combine influences of death, doom and even a bit of black metal and use their operatic flair to imbue it with a mesmerizing quality. It transcends the perceptions of the death/doom style at present and gloriously brings back forgotten elements to elevate it.

Band's message for the album - "Epigrammata represents our attempt to cope with the dying or death of those we loved. To create a solemn and classical atmosphere we used lyrics in ancient Greek (the title itself means epigrams) and in Latin, more precisely from the Mass for the dead – the album follows the typical Requiem structure, i.e. Introitus, Requiem Aeternum, Dies Irae etc. - and of course the traditional, unisono male Gregorian chant.

In any case we tried not to do a uni-dimensional record. So apart from the inevitable grief there is gratitude as well for having had the chance to share our life with them and hope that they are well – wherever they are."


- "took orchestra-like instrumentation to the next level" - Rolling Stone
rollingstoneindia.com/exclusive-premiere-czech-doom-metallers-et-moriemur-get-hauntingly-grand-libera/


- "the kind of band that can only be properly classed as “epic”" - Decibel Magazine (US)
www.decibelmagazine.com/2018/01/17/track-premiere-et-moriemur-paradisum/


- "an exciting piece of music" - Metal Injection (US)
www.metalinjection.net/av/funeral-doom-friday/et-moriemur-sanctus


- "This album is an absolute masterpiece" - Metal Only (Germany) 10/10
www.metal-only.de/info-center/reviews/show/131635-et-moriemur-epigrammata.html


- "One of the best Doom Metal release for 2018" - Dissecting the Euphony (Malaysia)
dissectingtheeuphony.blogspot.in/2018/03/et-moriemur-epigrammata-2018.html


- "A sonic journey of the highest order" - Heavy Blog Is Heavy (US)
www.heavyblogisheavy.com/2018/03/13/et-moriemur-epigrammata/


- "the best band there is today in the Czech Republic" - Metal Brothers (Spain)
metalbrothers.es/criticas/criticas-internacionales/et-moriemur-epigrammata-2018/


- "full-on beauty in darkness" - The Obelisk (US)
theobelisk.net/obelisk/2018/03/13/et-moriemur-epigrammata-requiem-aeternam-premiere/


- "unique in what they do" - Eclectic Shadows (Greece)
goo.gl/Sc2iqo

Czech doom supergroup with members of legendary bands like Dissolving of Prodigy, Self-Hatred and Silent Stream of Godless Elegy.

Bandcamp Daily  your guide to the world of Bandcamp

Mille Petrozza stops by to talk about the new Kreator album, plus music by Trauma Bond